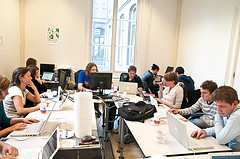 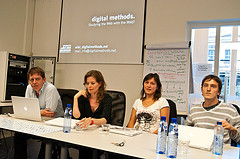 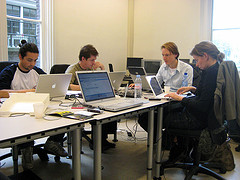 The Digital Methods Initiative (DMI) is one of Europe's leading Internet Studies research groups. Comprised of new media researchers and PhD candidates, it designs methods and tools for repurposing online devices and platforms (such as Twitter, Facebook and Google) for research into social and political issues. With founding support from the Mondriaan Foundation, DMI has participated in a variety of funded research projects such as MACOSPOL (Mapping Controversies on Science for Politics) and EMAPS (Electronic Maps to Assist Public Science), the EU FP6 and FP7 projects led by Bruno Latour as well as Contropedia in the EU EINS scheme. Most recently, DMI is participating in ODYCCEUS, the H2020 project concerning opinion dynamics and cultural conflict in European spaces, CLEOPATRA, the H2020 project on cross-lingual event analysis as well as SoBigData++, the big data research infrastructure. The Digital Methods Initiative, together with the Govcom.org Foundation, have received grants from the Soros Foundation, Open Society Institute, Open Society Foundations, Ford Foundation, MacArthur Foundation, New Venture Fund and have worked as partners in projects funded by the National Science Foundation (U.S.) and the Netherlands Organisation for Scientific Research. Its IssueCrawler software has been supported by nearly 100 universities as well as non-governmental organisations. Other well-known software tools include the Lippmannian Device, Netvizz (Facebook analysis), DMI-TCAT (Twitter analysis) and 4CAT, the toolset for social media analysis, especially the deep vernacular web.

Our work has been featured in the New York Times and on CNN as well as NBC News.

DMI projects include: DMI works with non-governmental organizations, activists, journalists and artists alike. Collaborators have included representatives from:
The Sacom and DVRC collaborations took place at the Hong Kong Digital Methods Research Summit, August 2016. Collaborations often take place at the Summer and Winter Schools. The Digital Methods Initiative is directed by Richard Rogers, Professor of New Media and Digital Culture at the University of Amsterdam. The coordinators are Sabine Niederer and Esther Weltevrede. DMI holds annual Summer Schools and Winter Schools, which have been supported by the Center for Creation, Content and Technology (CCCT) at the University of Amsterdam, now the Amsterdam Data Science network. There is a substantive introduction (or a founding narrative) to the Digital Methods Initiative. Digital Methods research themes include: 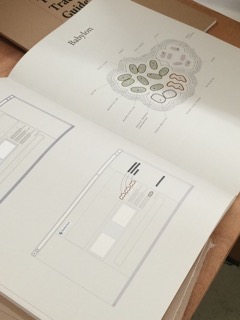 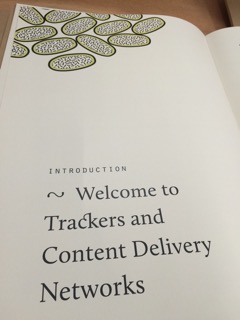 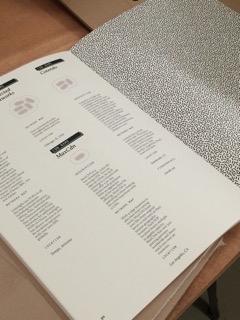