This project explores cli-fifiction about climate changein order to understand and categorize fictional scenarios about the future, and the role of human actors in those scenarios. This project uses digital methods to gather data from Amazon and Google Books, in conjuction with manual classification, in order to understand the current zeitgeist of climate change in fiction.

Mainstream discourse suggests that the cli-fi genre aims to humanize the apocalyptic scenarios associated with climate change, and make relatable their potential outcomes:

Most of the authors seek, at least in part, to warn, translating graphs and scientific jargon into experience and emotion...The novels discussed here do something valuable, too. They refashion myths for our age, appropriating time-honored narratives to accord with our knowledge and our fears. Climate change is unprecedented and extraordinary, forcing us to rethink our place in the world. (Dissent Magazine) We chose to investigate these two claims: What kind of scenarios does climate fiction depict? What kind of personal, aesthetic, and emotional experiences does cli-fi it putting forward, and what 'myths' does it is refashion?

Our correspondance with Dan Bloom, who claims he both did and did not coin the terms 'cli-fi':

Climate activist Dan Bloom claims to have coined the term cli-fi in 2007, in order to describe and market a dystopian novel about polar cities in Alaska. The term is short for climate fiction, and Bloom argues that the media did not pick up on the term until 2013, when both NPR and The Christian Science Monitor ran major stories about cli-fi as a new literary term. With the sites receiving massive Twitter responses, as Bloom describes, the cli-fi term took off in the blogosphere and the Web more generally (Bloom 2013a). It appears that Bloom follows cli-fi quite closely, as he contacted us on 24 October letting us know that he saw our project wiki and wanted to chat with us about it. In his correspondance, he also shared with us a recent interview he was the subject of in The Guardian. In it Bloom softens his claims:
"In 2008, I started using the CliFi term informally on my blog about possible CliFi movies, calling "The Day AFter Tomorrow" a good example of a CliFi movie and of course, to come up with the term, I really did not coin a new term I merely borrowed the sci fi term and rhyming sounds to create the CliFi term. So I do not call myself the coiner of the Clifi term. I am just working now in my mid-60s as a popularizer of the term. But I did not coin it" (Gall 2013).

Capture and describe the scenarios depicted in cli-fi books.

What do the scenarios in these books look like?

A comprehensive look at the book's scenarios is here. Scenario examples: 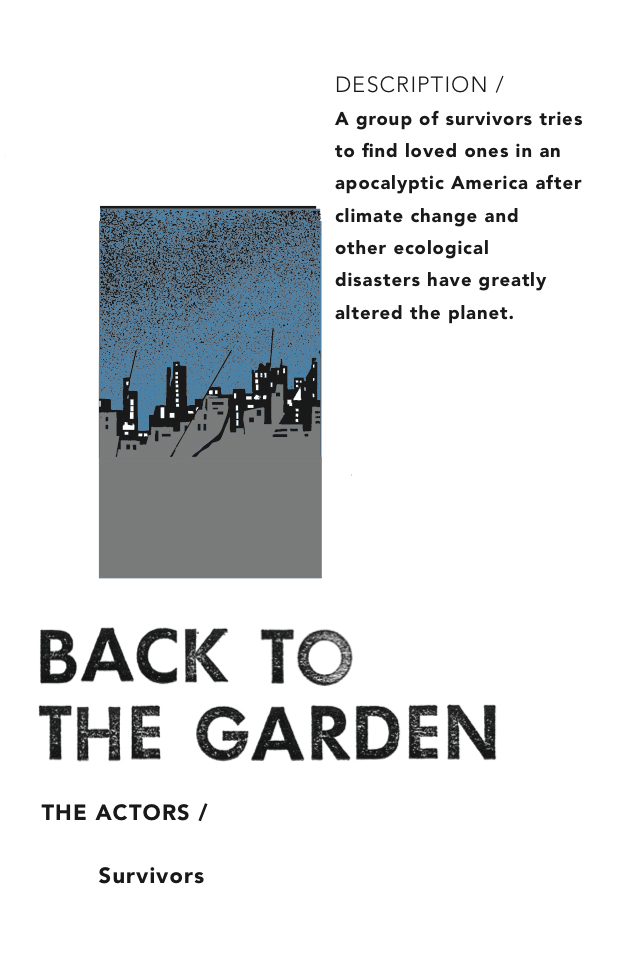 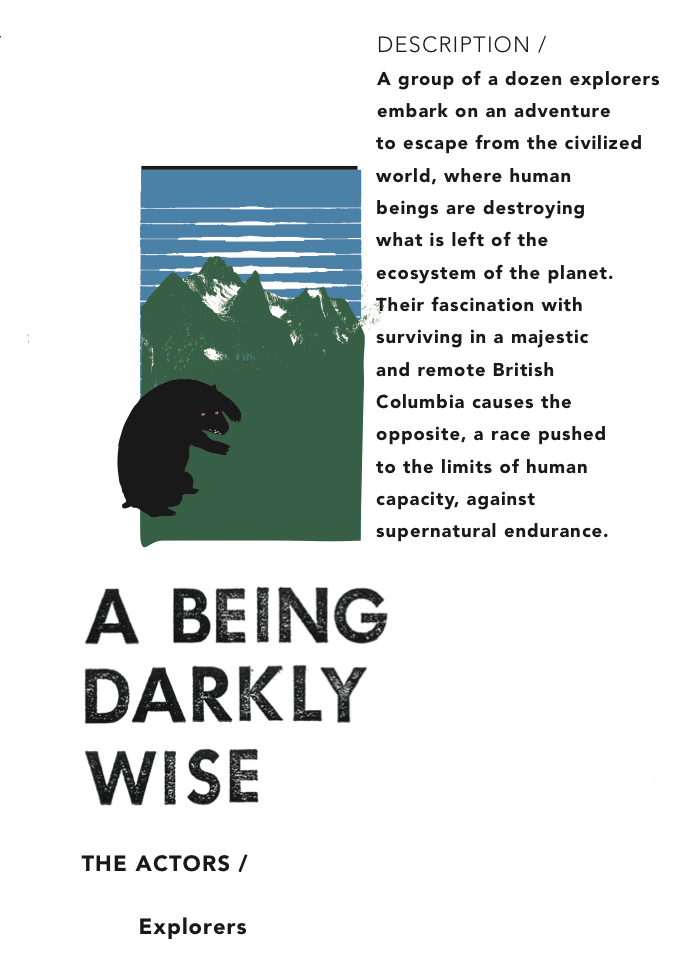 What are the issues in these books?

First, we manually captured the blurbs of the top selling 28 climate fiction books using Amazon. In parallel, a new tool was developed to extract blurbs and publication dates of books in Amazon, which enables the automation of this data collection step in future projects. Next, the blurbs corresponding to each book were saved as separate .txt documents and uploaded to the Sciences Po tool ANTA (Actor-Network Analyzer). ANTA is a text analysis tool that extracts expressions contained in a set of medium-sized texts and draws a network of the occurrence of such expressions in the texts. Through the Alchemy API, an online service that provides n-grams extraction, ANTA extracted the relevant entities or expressions from these documents and automatically categorised a selection of them. The rest were manually classified into categories such as: persons, animals, places, etc. Once the categorization was completed, a .gefx file was exported from ANTA and imported into Gephi, a network graphing tool. The result is the visualisation below, which shows the network of books and the relations between them based on the extracted entities. 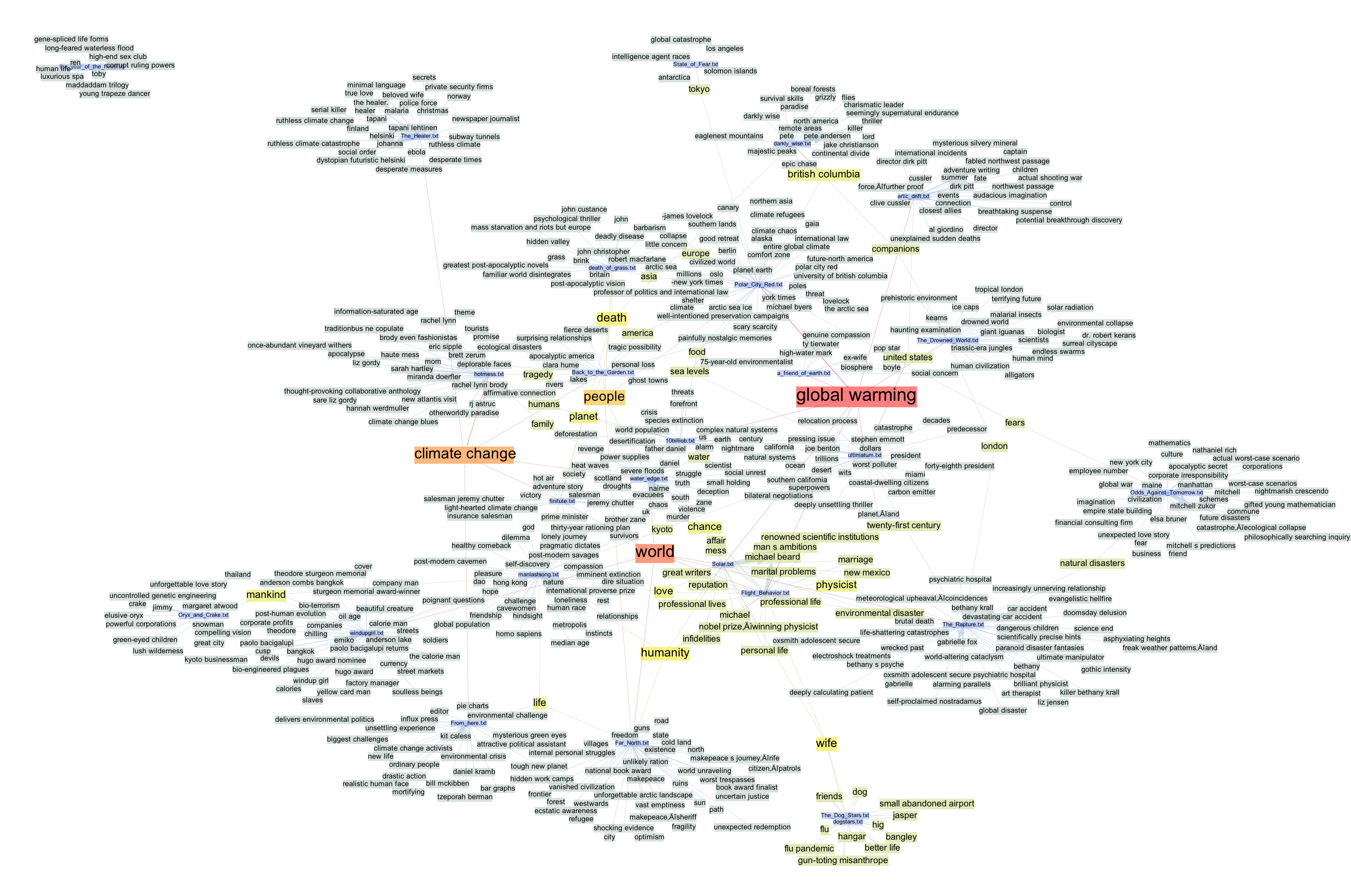 One of the things that the network graph shows are the most common expressions used in the corpus of books, therefore making visible some of the common themes in our set of cli-fi books. The themes that are most shared among our set of books, are, predictably, climate change and global warming. While some critics assert that climate change has become more of a backdrop than a central actor in cli-fi, our network graph reveals that, at least in blurbs, climate change remains a central issue. The prominence of the theme however might be a reflection of the norms of the marketing genre than the actual treatment of climate change in the books. Words that indicate the global scale of the climate disasters that the books deal with, such as mankind and humanity, occur frequently in the blurbs also. The geographic terms most mentioned in the blurbs are: Asia, Europe, Tokyo, the United States, the United Kingdom, and British Columbia. Surprisingly, countries and cities in the developing world do not make an appearance in the blurbs, even though these places are predicted to be the hardest-hit by climate change. (The presence of British Columbia in the graph likely reflects the authors home locations.) In terms of specific climate change-related issues, food, disaster and sea levels appear more than once. Issues such as heat or temperature do not appear in our graph, perhaps revealing that authors may choose to focus more on highly visible or dramatic disasters, such as flood and food shortages. Words that refer to human relationships are amongst most common in our graph: wife, companions, family, and people. This fact likely reflects the authors desire to put a human face on climate change, and is perhaps a reflection of the fact that environmental disaster has now become an everyday reality. The occurence of the words fears and death confirm the hypothesis that many of these books deal with apocalyptic, dystopian or otherwise dark scenarios.

Layer III. Additional Methods of Addressing the Personal Side of Climate Change

Examples of what characters remember in fictional climate futures: